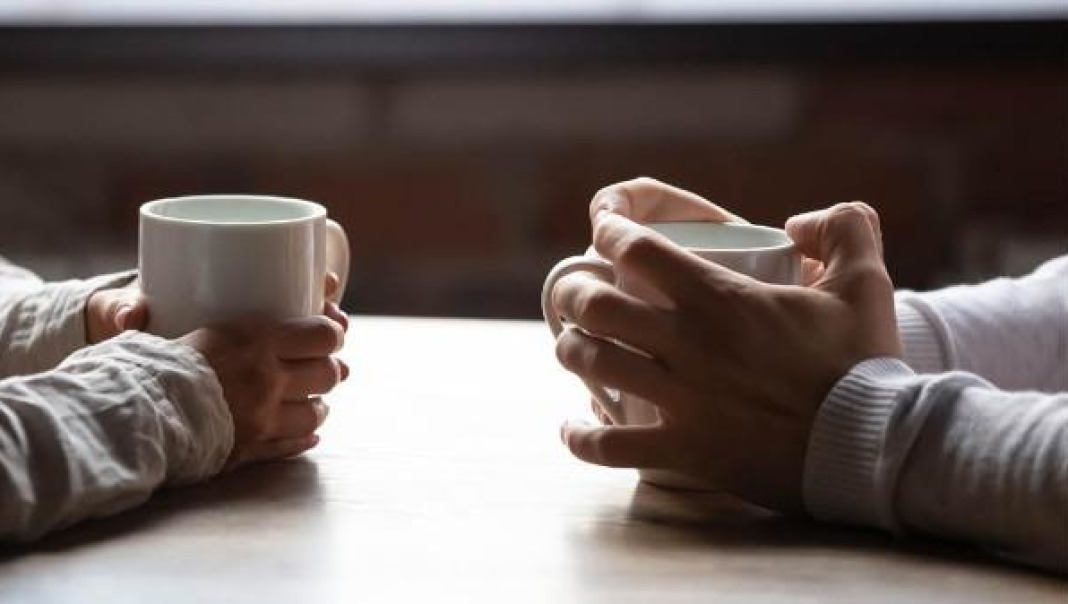 Gathering to talk about farming’s ups and downs with a cup of coffee in hand is a long-standing tradition in Canadian Agriculture. Some even consider it therapeutic.

But given how modern production can eat up every minute of the day (and sometimes, the night) isn’t such banter a waste of time?

Not to southern Saskatchewan farmer Dusty Hunter, drummer of the popular country band The Hunter Brothers.

“I’ve heard people say that if you’re spending time talking, you’re not getting work done,” he says. “But if you’re dying inside because of stress and anxiety, the work’s not getting done anyway.”

Talking about challenges sounds simple. But it can be an active, accessible coping strategy for farmers, says mental health expert Professor Andria Jones-Bitton of the University of Guelph. She gives it two thumbs up.

“It would be great if more farmers, especially men, talked with others about their problems, about how they shift their perspective and approach problem solving, rather than getting stuck in self-blame and isolation,” she says.

The Hunter Brothers — Dusty, Ty, J.J., Luke and Brock — know about stress. They balance a hectic schedule that sees them onstage for dozens of engagements a year, while still contributing significantly to the family’s expansive 24,000-acre grain farm.

Maybe it’s not surprising that even on the farm, music helps them handle stress. Lead singer Ty gets a lift from 1970s artists like Alabama and The Nitty Gritty Dirt Band, influences that can be heard on the band’s latest single, Peace, Love and Country Music.

But the brothers also recognize that sometimes, professional help is needed to handle mental health challenges. For example, Ty deals with a clinically diagnosed mood disorder that he manages with regular counselling and medication.

He says opening up about it was key.

“One day I just said to my brothers ‘I need to go get help.’ I had to take that step and find the proper resources. Keeping things to yourself will take you down the abyss.”

At some point though, working solo in the field is almost inevitable. If the walls start closing in on Ty, he stops and regroups – and suggests others give it a try.

“Get out of the cab,” he says. “Take a deep breath. Smell the earth. Get down and feel the dirt. That takes me back to reality.”

And like all the Hunter brothers, Dusty takes a spiritual view, and feels this is his number one coping mechanism.

“Few farmers are so naïve as to think they’re in control of everything,” he says... Read More