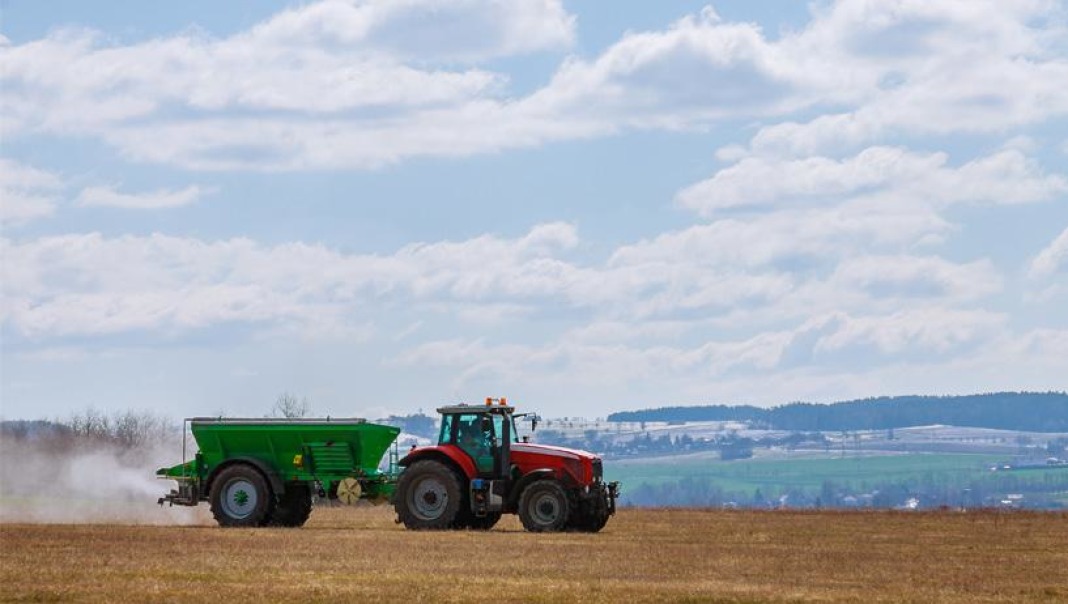 
Sulfur is an essential macronutrient needed for crop production. As the amount of sulfur available from the atmosphere steadily declines, additional sulfur should be added to the soil through fertilizer applications. From application timing to nutrient deficiency, we’re digging into the top four myths about sulfur management practices and how Smart Nutrition MAP+MST® can help maximize yields.

Since farmers can’t control many of the environmental factors, they can increase the opportunity for sulfur oxidation with smaller elemental sulfur particle size like MST. Smart Nutrition MAP+MST has an average particle size of 15 microns or smaller. Smaller sulfur size increases surface area and an even distribution within the granule allow for more fertilizer to soil contact and therefore, increased oxidation rates.

Myth: Applying more nitrogen will correct any sulfur deficiency
Fact: Sulfur is an essential nutrient, meaning that a plant can’t complete basic functions or life cycle without that nutrient and a deficiency can only be corrected with the application of that nutrient. More sulfur deficiency is observed by farmers today due to a decrease in sulfur deposition from acid rain. Sulfur and nitrogen do interact within the plant and are both needed for protein production, but if sulfur is limited, additional nitrogen applications will not correct the deficiency. Many grain crops high in protein require a specific ratio of nitrogen to sulfur for maximum production.

Myth: Sulfur is only needed at the beginning of the growing season (seedling stage)
Fact: Plants need various amounts of sulfur at different growth stages with increasing demand for uptake as growth progresses. Since sulfur is relatively immobile within the plant – not easily translocated to newly growing parts – it is essential that adequate sulfur is available throughout the entire growing season.

Commonly used fertilizer sources contain sulfur as sulfate, which is subject to losses with high precipitation events in well drained soils. Smart Nutrition MAP+MST is a slow release fertilizer that allows for season long sulfur availability. The elemental sulfur as MST in Smart Nutrition MAP+MST must be oxidized to sulfate before being subject to leaching. Chances of losses are reduced, and the sulfur will be available later in the growing season when the plant needs it.

Myth: Sulfur applications made in the fall are lost by leaching before spring
Fact: It’s true that sulfate leaching is a major concern for fall applied sulfur. However, since the sulfur in Smart Nutrition MAP+MST is primarily elemental as MST, the sulfur must be oxidized to sulfate before there is a chance of loss. Ideally, Smart Nutrition MAP+MST applications should occur after the soil temperatures drop below 50 degrees (if applied in the fall). Below this point, soil microbial activity decreases and reduces the rate at which elemental sulfur is converted to sulfate. Once soils begin to warm up in the spring, microbial activity will increase, and the sulfur in Smart Nutrition MAP+MST will be converted to plant available sulfate.

Do you have more questions about Smart Nutrition MAP+MST? Check out our post on fertilizer characteristics, ask an agronomist or tweet us @smart_mst.